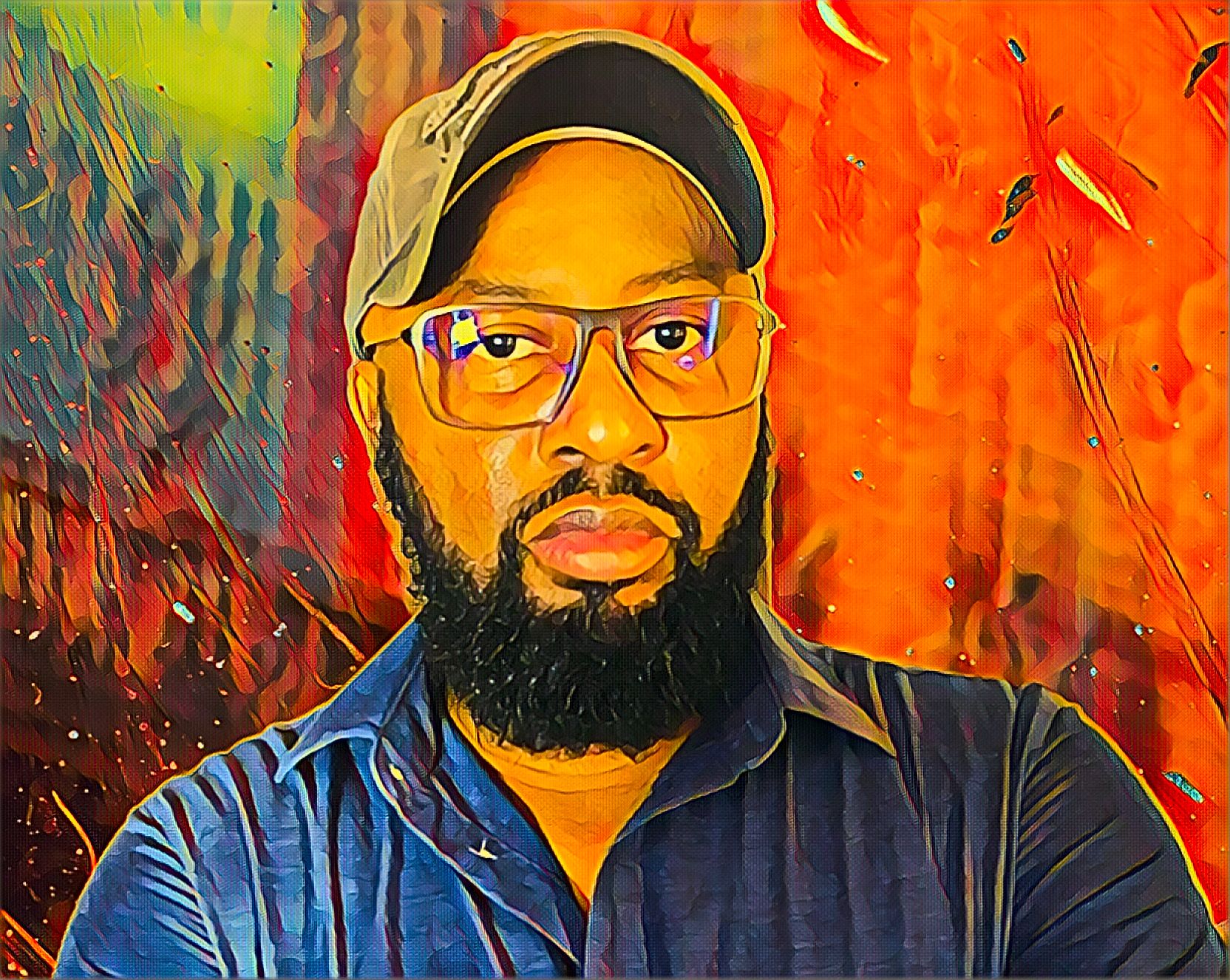 South African solar electricity company, WiSolar, has revealed plans to raise a total of R45 million ($2.9 million) through its first-ever funding round, which will be completed in Q1 2022.

The financing will be raised in the form of debt and mezzanine financing from “international funders,” according to Moneyweb.

The move comes nearly three years after the company proposed to raise $40 million in debt and equity financing from institutional investors to accelerate the roll-out of prepaid solar electricity in South Africa and Nigeria.

Initially, WiSolar was a manufacturer of inverters. However, in 2019, it transitioned its operations into a solar electricity company in line with its commitment to deepen the adoption and use of clean and sustainable energy in residential and commercial centers.

So far, the startup has installed more than a nine-megawatt capacity, which is sufficient to power 3,000 homes.

The round, which will be made open to institutional investors, represents a strategic move that will see the startup reposition itself as an innovative energy solutions provider, as it prepares for a growth in renewable and sustainable energy product sales to homeowners and developers.

Irims is also the first Nigerian in South Africa to open up a business for franchising. The Johannesburg-based businessman explained that the decision unlocked new value chains across Africa, as it ushered in clean electric mobility. 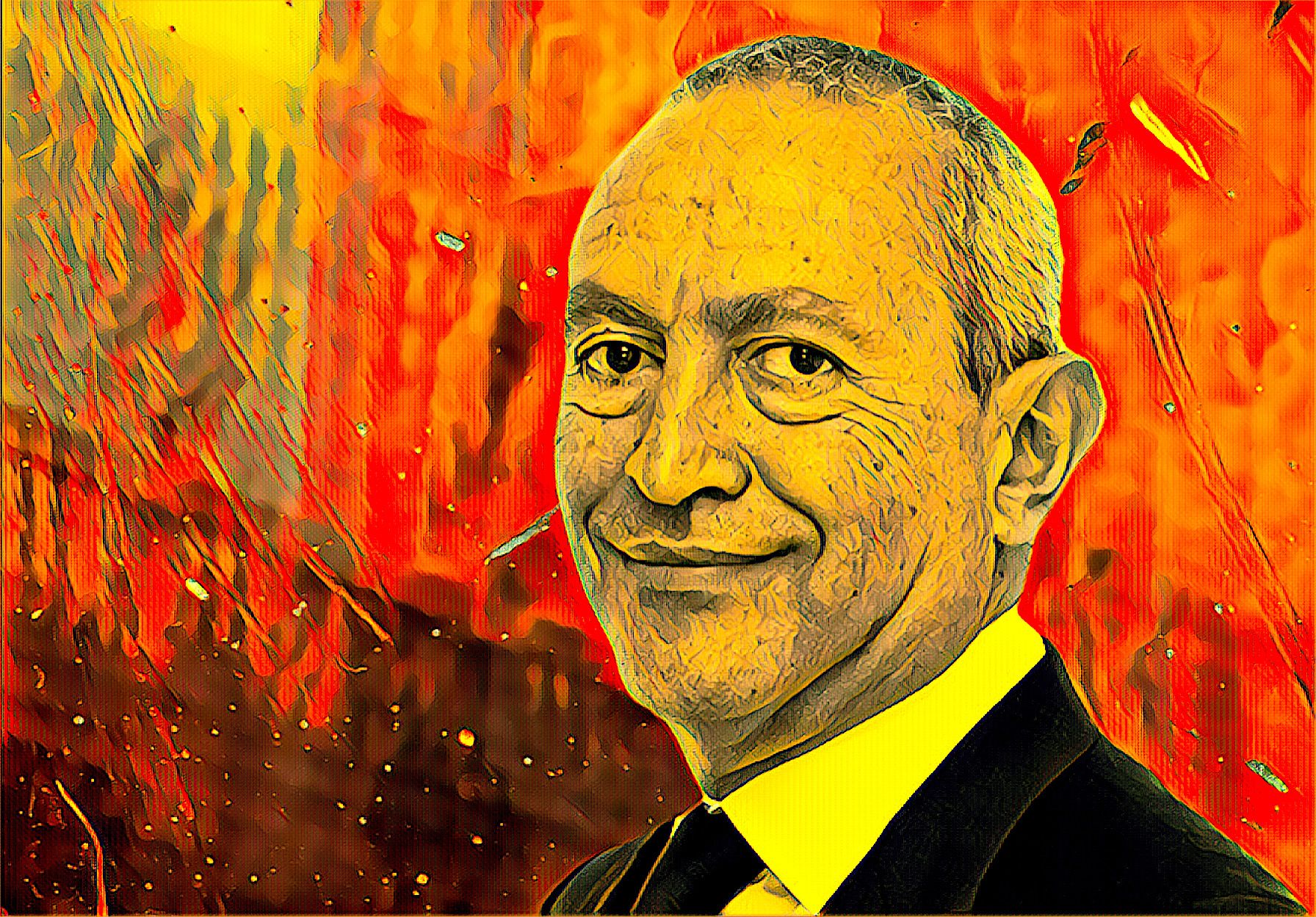 Egyptian engineering and construction contractor, Orascom Construction Plc, has added new projects worth $785 million to its backlog of active construction works in Q4 2021.

According to a press statement issued by the leading construction group, the new projects raised the total number of awards linked to the group by 22 percent to $3.5 billion in 2021.

Outside the Middle East, new awards in the United States accounted for 45 percent of the total additions in the quarter, and this was driven by new projects in the commercial sector.

The new projects added in Q4 2021 lagged behind the volume of new awards added in Q3 2021, which amounted to $962.4 million thanks to Orascom signing a deal to build Egypt’s first high-speed rail system, as well as sizeable contracts in the student housing sector in the United States.

Orascom Construction is a leading global engineering and construction contractor founded by the late Egyptian industrialist Onsi Sawiris, who died on June 29 at 91.

As of press time, Jan. 18, shares in the group were trading at EGP76 ($4.829) per share. This is 1.23-percent higher than their opening price on the Egyptian Stock Exchange this morning.

At this price, the company’s market capitalization is EGP8.87 billion ($563.9 million).

Mzabi, who started ARTES with his brothers Mzoughi and Sadok, holds a substantial 24.8-percent stake in the company. 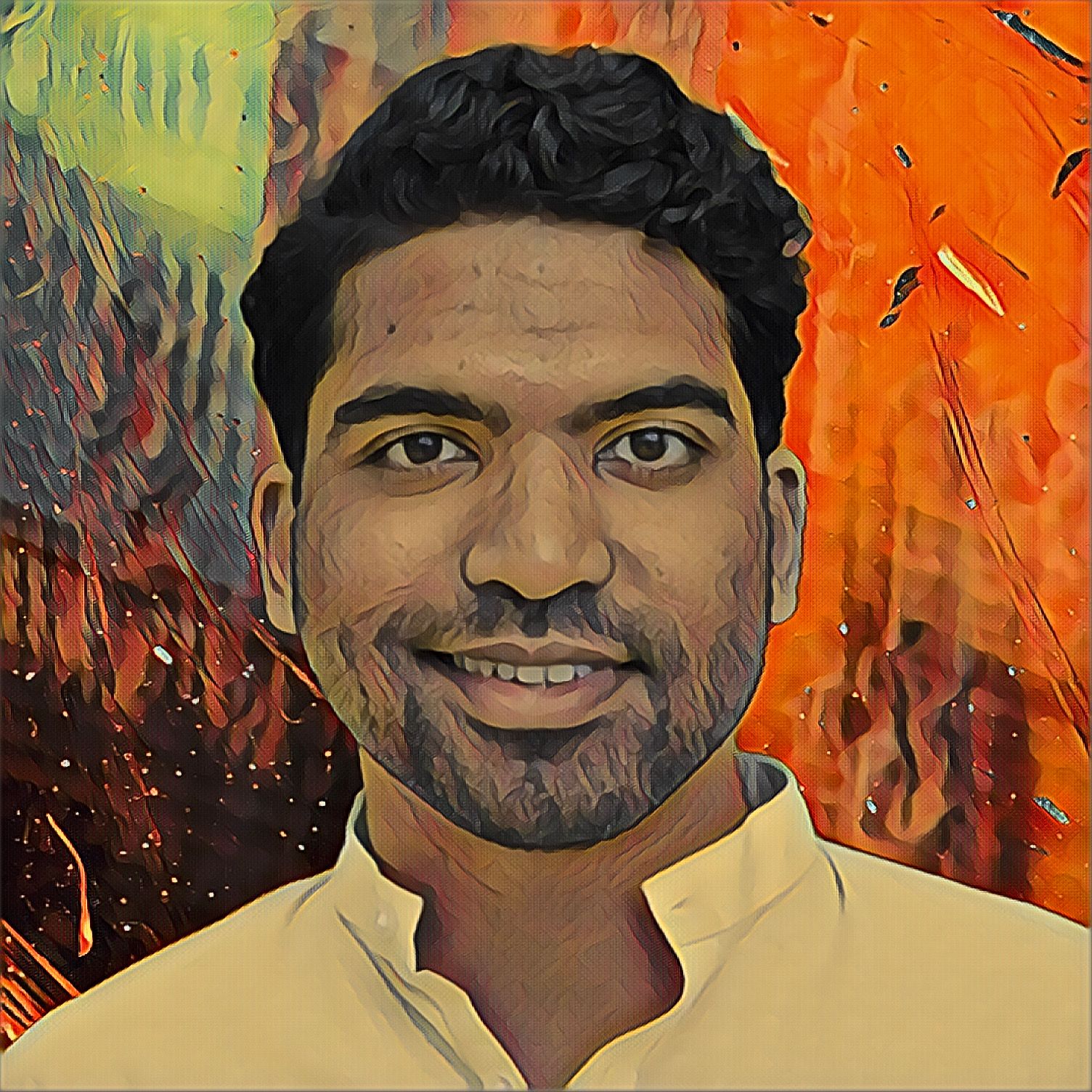 Ugandan fintech startup, Asaak, has raised $30 million in a pre-Series-A funding round to deepen operations, as it prepares to enter new markets on the continent in line with its strategic expansion plans.

It operates as a financial services provider to unbanked Ugandan entrepreneurs, providing financing for motorcycle operators who are locked out by formal banking institutions.

Since it commenced operations about six years ago, the startup has financed the purchase of 5,000 motorcycles and started offering smartphones and fuel financing to operators.

Its pre-Series-A funding round, which is a mix of equity and debt financing, was led by Resolute Ventures, Social Capital, HOF Capital, Founders Factory Africa, End Poverty Make Trillions, Decentralized VC and a number of angel investors.

The startup noted that the $30-million capital injection will be used to support the acquisition of motorbikes for operators and also the adoption of smartphones by taxi operators.

It also revealed plans to enter six new markets in Africa in the near future.

Dylan Terrill, co-founder and chief business officer of Asaak, said: “Asaak is unlocking mobility-based work, which literally moves the economy forward and creates upward mobility for these individuals. Bodaboda riders are the lifeblood of Africa, moving people and cargo from home to school to work. They just need access to motorcycles which leads them to better income opportunities and makes them able to provide for their families.”

The progeny of some of Africas’s wealthiest people are putting in more of their time to giving and impacting. 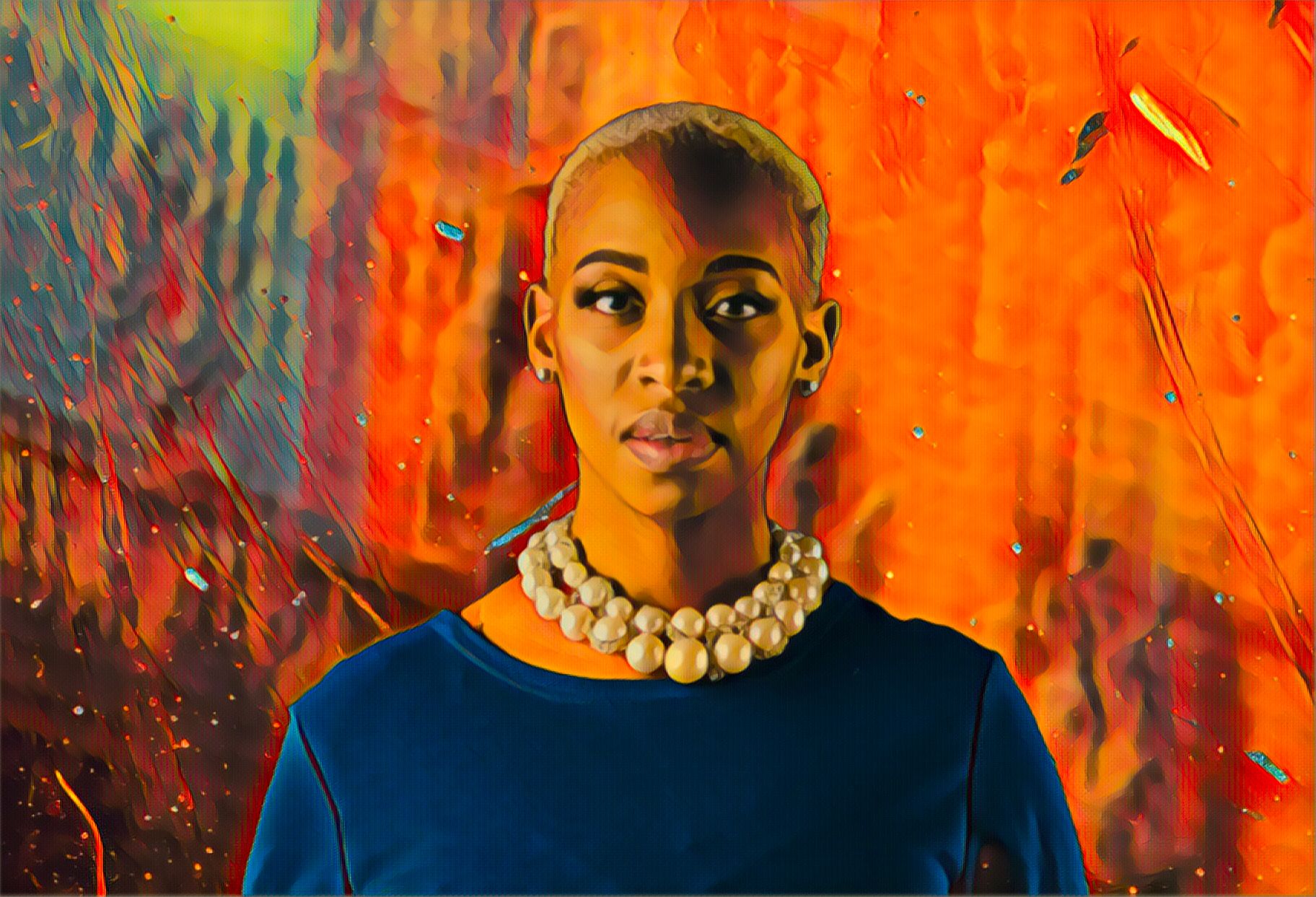 For many years philanthropy and Africa have been marred by the images of poor African children, starvation and refugees fleeing war-torn zones. However, if you live on the continent, you will know that it’s a vibrant and colorful place that has its challenges like all geographic locations. Some of the images that have plagued Africa have been real, but they do not tell the holistic story.

As the world has evolved, so has Africa. With a lot more homegrown wealth and an increase in millionaires and billionaires on the continent, we have seen the introduction of African foundations created and led by African families, African family offices and African family businesses. Africa has one of the fastest-growing markets of high net-worth individuals, and many of these individuals are becoming entrenched in sustainable philanthropy.

You may ask, “Where is this money coming from?”

According to a report authored by AfrAsia bank in 2021, the total private wealth held in Africa was standing at $2 trillion as of December 2020. In addition to this homegrown wealth, according to the World Bank, Africa diaspora remittances being sent home were about $48 billion in 2020.

With all this money being found on the continent in its various forms, we are beginning to see African giving becoming the norm and pushed forward by the spirit of Ubuntu.

Ubuntu (Zulu pronunciation: [ùɓúntʼù]) is a Nguni Bantu term meaning, “humanity.” It is sometimes translated as, “I am because we are.” Ubuntu is essentially about togetherness and how all of our actions impact others and society.

In Africa, this culture and way of life permeates to everyday gestures in the course of life. In the past, it applied to family, friends and community members, but now we are seeing it expand to a broader audience and in various ways. African philanthropists are looking towards impact and addressing issues they experienced or their communities experience in a way that changes the narrative and creates opportunities for their recipients.

Most notable about the giving is that the conversation is not only being led by the African founders or matriarchs and patriarchs, but next-gens are also equally putting in their weight and names to giving and impacting. Some of the notable next-gen givers are:

As we can now see, philanthropy is no longer just a buzzword. The global pandemic has highlighted why philanthropy is essential, especially when people are left marginalised. And Africa’s families have heeded the call and put their charitable giving to use. Next-gens being the key to continued giving, when they actively participate and lead the charge, they start exploring sustainable solutions in regions they are familiar with and communities they live amongst. It’s well worth seeing how the next-gens will drive the philanthropic future of the continent.

Through this work, we will see the values and vision of the various financial leaders of the continent and the future stewards of their wealth.

Tsitsi Mutendi is a co-founder of African Family Firms, an organization that aims to facilitate the continuity of African family businesses across generations. She is also the lead consultant at Nhaka Legacy Planning and the host of the Enterprising Families Podcast.