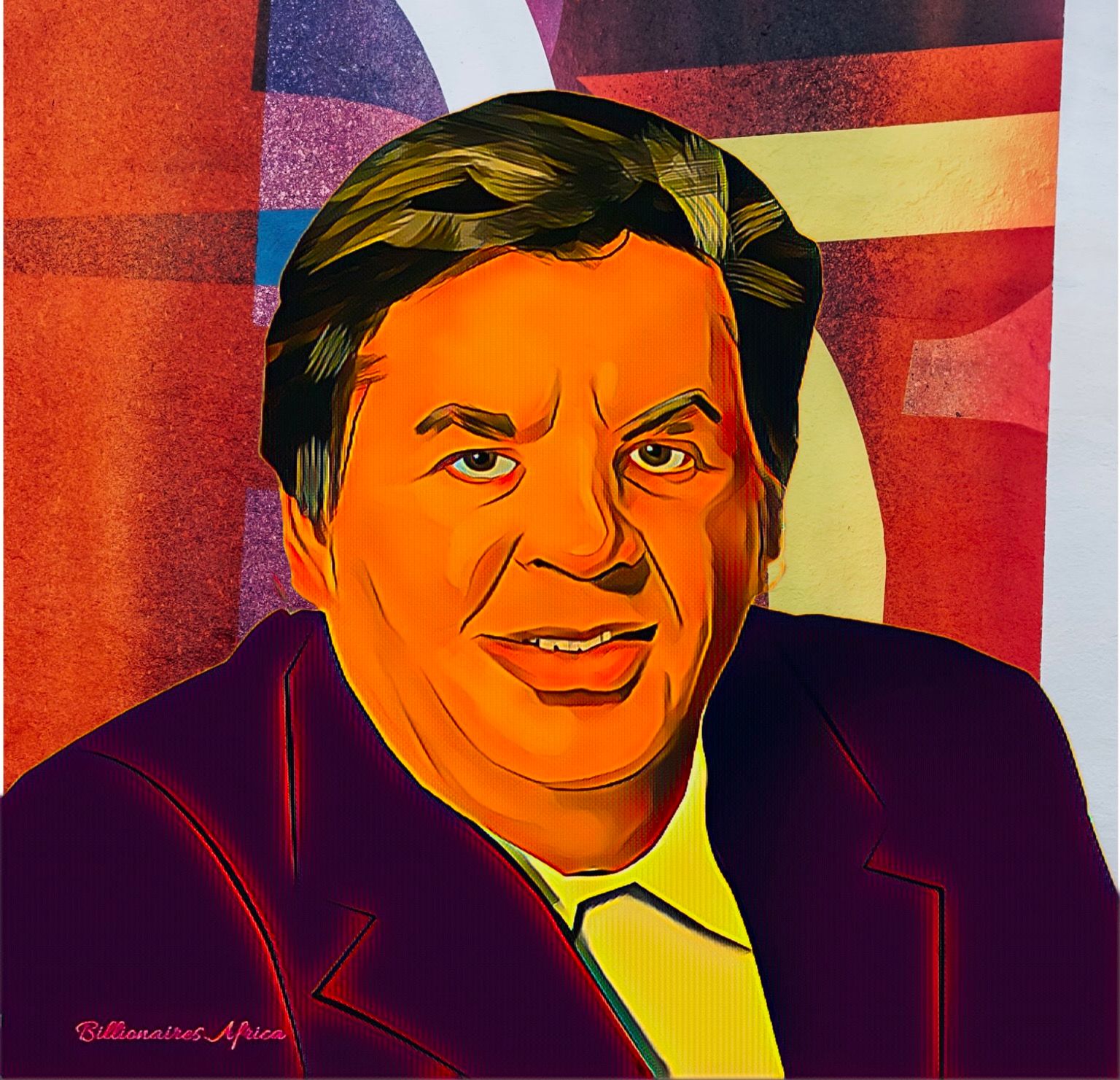 Richemont, a Swiss luxury goods holding company led by South African billionaire Johann Rupert, reported a double-digit increase in profit during the first half of its 2023 fiscal year, owing to higher sales as the group’s watch and luxury goods continued to shine despite widespread macroeconomic volatility and political tensions.

The strong earnings growth can be attributed to a 24 percent increase in sales from €7.78 billion ($8.03 billion) to €9.67 billion ($9.98 billion), reflecting an improved environment in Asia during the review period and the quality of the group’s brands, particularly its best-in-class jewelry business.

Compared to the prior-year period, double-digit sales increases were recorded at actual exchange rates across all business areas, channels, and regions, excluding Asia Pacific, where sales grew by 3 percent.

Its specialist watchmakers benefited from an overall growing interest in high-quality watches across generations, with three of the Maisons now operating on a very large scale, with annual sales approaching 1 billion euro.

Wealthy Kenyatta family gains $11.6 million from stake in NCBA since start of 2022

Brookes has seen the market value of his stake rise by $5.3 million in the past 26 days.

Balwin Properties, a Johannesburg-based residential property developer led by South African businessman and real estate tycoon Stephen Brookes, has returned $14.6 million to shareholders in the past 26 days, as investors react to its first-half financial results.

At the end of today’s trading session on the Johannesburg Stock Exchange, shares in the South African property developer were worth R3.1 ($0.181) per share, giving the company a market capitalization of R1.44 billion ($84.1 million) at the time of writing.

Brookes, who founded the property developer in 1996 and owns a total of 36.08 percent of the company, has seen the market value of his stake increase by R92 million ($5.3 million) in the past 26 days as a result of these value gains.

Despite the recent increase in market value, Brookes’ equity interest in Balwin Properties is worth $6.6-million less than it was at the start of the year, when the firm’s shares soared above a price of R3.4 ($0.22) per share.

Balwin is a large-scale estate developer in South Africa for people with low-to-middle incomes. It provides residents with high-quality, environmentally friendly, and affordable apartments, as well as an innovative lifestyle program.

The double-digit increase in earnings was due to increased demand for South African residential properties, which resulted in a 20-percent increase in revenue from R1.31 billion ($71.38 million) to R1.6 billion ($87.2 million).

NCBA Group is partially owned by the super-rich Kenyatta, Merali, and Ndegwa families. 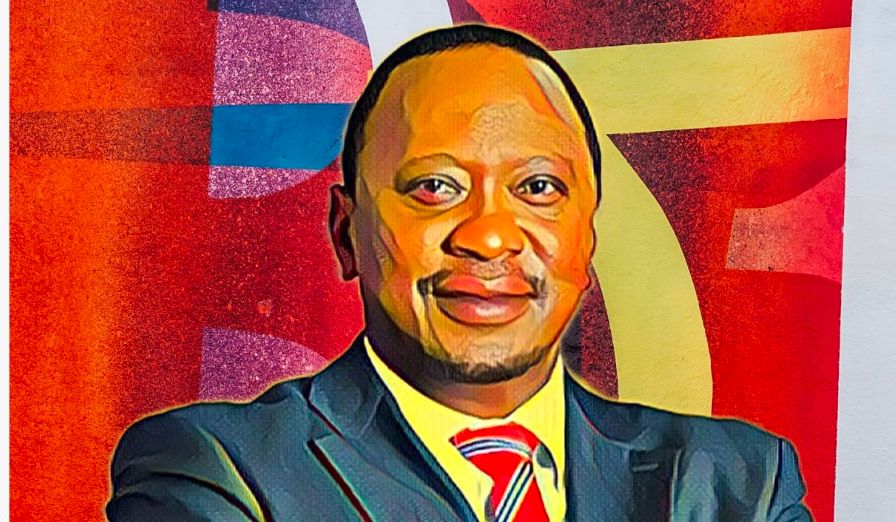 NCBA Group, a financial services conglomerate controlled by Kenya’s wealthiest families, is preparing to launch operations in Ghana, Ethiopia, and the Democratic Republic of the Congo (DRC) through partnerships led by its mobile phone banking service, M-Shwari.

The move, which aligns with the group’s strategic expansion plans and diversification strategy through mobile and digital banking, comes just a week after NCBA CEO John Gachora announced that the lender plans to expand into eight African markets.

The group, which is one of the leading lenders in East Africa with operations in Tanzania, Uganda, and Rwanda, is negotiating mobile phone banking partnerships with banks and telecom operators in the three countries.

The move is consistent with Gachora’s earlier statement, in which the leading executive stated that the model in the new markets will be to collaborate with local banking and mobile partners to deliver products and services to customers while leveraging cutting-edge technology.

According to Gachora, funding the expansion will be less expensive than establishing a traditional bank. “There will be licensing costs because it’s digital, it’s a fintech, and licenses are relatively cheap,” he said. As a result, the Kenyan bank will earn commissions on deals involving the establishment of brick-and-mortar operations in Ghana, Ethiopia, and the DRC.

NCBA Group is a Nairobi-based financial services conglomerate that operates as a non-operating holding through its extensive network of subsidiaries in Tanzania, Rwanda, Uganda, and Cote d’Ivoire.

The Kenyan banking firm, established in 2019 by the merger of NIC Bank Group and Commercial Bank of Africa Group, now has 109 branches in five countries — Kenya, Uganda, Tanzania, Rwanda, and Cote d’Ivoire — and is partially owned by the super-rich Kenyatta, Merali, and Ndegwa families.

The bank’s profit rose from Ksh6.52 billion ($53.3 million) to Ksh12.8 billion ($104.7 million) at the end of the first nine months of its 2022 fiscal year thanks to a double-digit increase in interest and non-interest income during the period under review.

NCBA has reaped enormous benefits from pioneering mobile phone-based lending in Kenya since partnering with telecom provider Safaricom in 2012 to launch the market-dominating service, M-Shwari.

It hopes to expand this model beyond East Africa, with large populations and a banking industry that primarily serves large corporations.

Dangote Group is poised to cement its position as the second-largest employer of labor in Nigeria.

Africa’s richest man Aliko Dangote has announced that his multimillion-dollar investment through his sugar business, Dangote Sugar Refinery Plc (DSR), will create no less than 300,000 jobs in Nigeria, as he continues to strategically invest in his sugar business in accordance with the requirements of the Nigeria Sugar Master Plan (NSMP).

The leading billionaire, who made this statement while speaking at the flag-off ceremony for the 2022–2023 Crushing Season and Outgrower Scheme Awards in Numan, Adamawa State, explained that the new employment opportunities will include both direct and indirect jobs.

“We are making a massive investment in Adamawa State through expansion of our refining capacity; with this investment, DSR will be able to create about three hundred thousand jobs, direct and indirect, with positive multiplier effects on the economy nationwide,” he said.

This statement comes nearly a week after he committed more than $700 million to expand the operation of its sugar business by increasing the refining capacity of one of its plants, DSR Numan, from 3,000 tonnes of cane per day (tcd) to 6,000 tcd, 9,800 tcd, and 15,000 tcd.

The investment will also drive the expansion of the group’s Backward Integration Program (BIP) in accordance with the NSMP, as the leading billionaire plans to put in place the necessary infrastructure for the eventual start of full-scale production.

The move, which aligns with the country’s goal of achieving sugar sufficiency, fits well with the company’s strategic expansion roadmap and is expected to increase revenue and earnings power while also creating shared wealth for stakeholders.

The Dangote Group, a manufacturing conglomerate owned by Aliko Dangote, is poised to cement its position as the second-largest employer of labor in Nigeria, behind only the Nigerian government, thanks to the 300,000 jobs that will be generated by the new investment.

Due to an increase in demand for both fortified and unfortified sugar, DSR, a leading integrated sugar company that is majority owned by Dangote, announced earlier this month that its nine-month 2022 profits increased by double digits.